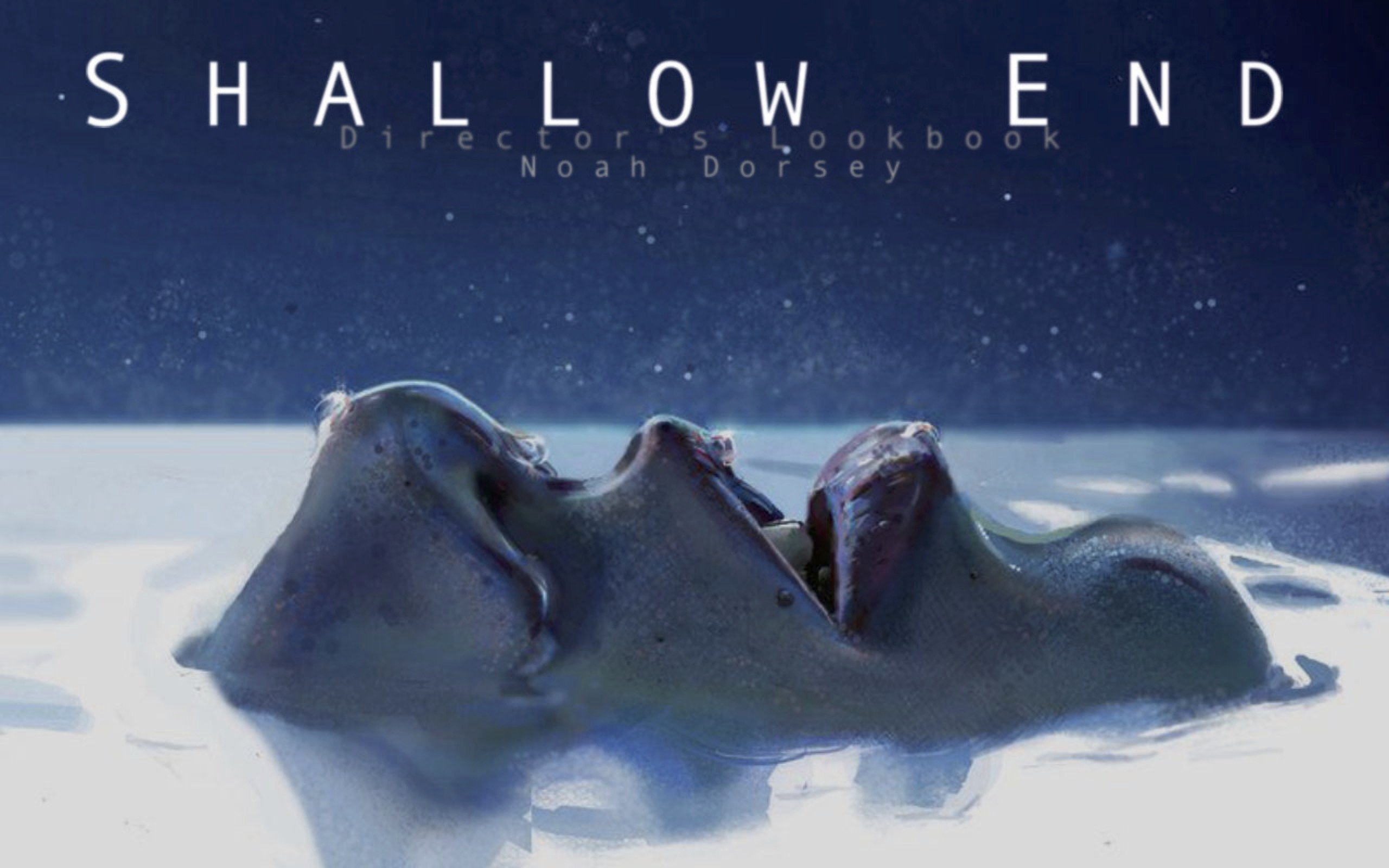 Shallow End is an independent feature film. It is a contained dramatic thriller that is about a teenager who gets his arm stuck in the vent of a backyard swimming pool and must find a way to survive. The low budget film has a talented crew and notable talented attached.

Director's Statement --
The film is, at its core, a coming-of-age tale. A raw, sometimes brutal, coming-of-age tale and because of such depictions, some may be quick to call this film a horror movie, which I don't consider it to be. This is an unfiltered teenage drama wrapped in an exhilarating contained thriller. The issues that the protagonists -- Bo, Mike, and Tanner -- are dealing with are very real and those with which I have a personal connection. Whether it is Bo's feelings of isolation, the impact of a traumatic event, and the constant battles with mental health; or Mike's constant need for attention or confusion about sexuality; or Tanner's penchant for violence and lack of coping skills, I have either experienced it or have someone close to me work through such issues. This film, despite its high-concept premise, is a personal movie that hopefully strikes an emotional chord with the audience just as much as it will entertain.

Bo is thrust into a situation that forces him into a life or death situation that brings out everything that he fears most. Not only must he find inner resolution for his mother's death, but he must figure out how to keep his head above water or drown. It is a story about how we all struggle in life with multiple, sometimes seemingly countless, internal conflicts, but we find a way to survive. We must find a way to be healthy and happy. But the message can also be more simple than that: When things get hard, breathe.