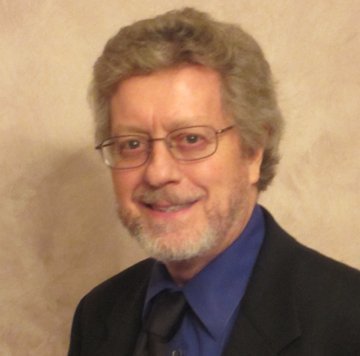 The true story behind the inspiration for XENA & JONNY is one that has garnered fans from around the world and is a testament to the power of unconditional love. The relationship between Jonny Hickey and his dog Xena continues to touch people every day. The film not only highlights the abuse and abandonment of animals, but the struggles families go through with special needs children.

Jonny’s family, the Hickeys, have expanded their efforts on behalf of Jonny into a multitude of charitable events including an annual 5K Walk/Run benefiting autism research and animal rescue, the Beautiful You Prom for children with special needs, the Canine Cellmates program to aid rehabilitation for convicted felons, and continued support for animal rescue. I encourage you to review the information sheet attached to this application. The sheet contains a link to a brief video which is a factual overview of the beginning of the journey for Xena and Jonny.

The Hickeys have received immense emotional support from the Johns Creek community in the Atlanta area. Considering that, I plan to shoot in Georgia using as many of the actual locations as possible. My focus in writing the script and shooting the film has been and will continue to be mainly on Xena, Jonny, and their relationship thus creating a compelling and inspirational experience.

I have over 40 years of experience in making movies with budgets from $1.6 million to $107 million. I have been an adjunct professor in USC School of Cinematic Arts since 1996. Yet even with all that experience, as the writer/director I know that the story and how it is told is paramount. Nevertheless, I’ll put my experience to good use by keeping the project on track. The film is scheduled, budgeted, and ready to shoot as early as May 2020.

We are at the beginning of our search for equity investment funds. Any initial funds we receive will be used to cover expenses in that search such as setting up an LLC for production of the film as well as legal expenses which will include generating a Private Placement Memorandum (PPM) or Subscription Agreement and an Operating Agreement for the LLC.

XENA & JONNY will be an inspiring family film which can be exploited theatrically throughout the world, and which will continue to generate revenue through supplementary markets.

I have over 40 years in motion picture production working on pictures from $1.6 million to $107 million. My credits include RETURN OF THE JEDI, INDIANA JONES AND THE TEMPLE OF DOOM, SPACEBALLS, ROBIN HOOD: MEN IN TIGHTS, S.W.A.T., THE BLUES BROTHERS, STARSHIP TROOPERS, LOCAL COLOR and many more. You can see a summary of my career at https://en.wikipedia.org/wiki/Robert_Latham_Brown.

Family films rated PG which include a child and a dog are proven audience pleasers. To give one example, A DOG'S PURPOSE (2017) was made for a budget of $22 million. Its box office gross worldwide was $205.7 million. After the initial theatrical run, a film can be exploited further in supplemental markets such as home entertainment, Video on Demand (VOD), Subscription Video on Demand (SVOD), Over The Top media services streaming (OTT), television premium cable networks, free broadcast/cable television networks, and free television syndication to independent television stations and systems.

The current problem is the lack of seed money. Any initial funds we receive will be used to cover expenses in the search for full funding such as setting up an LLC for production of the film as well as legal expenses which will include generating a Private Placement Memorandum (PPM) or Subscription Agreement and an Operating Agreement for the LLC. Once we have full funding, we would then go out to specific acting talent with offers. It would be ideal to receive all funding necessary to shoot the movie over the upcoming summer months because there are numerous children in the film and they would be out of school, allowing the director more time with them.

Most of the films of this genre are not based on true stories. XENA & JONNY is based on an inspiring true story, and the short video about this story has over 36 million views, a huge fan following, and a worldwide audience. There is a link to the video about the real life Xena & Jonny in the information sheet.

ROBERT LATHAM BROWN – PRODUCER / WRITER / DIRECTOR
Robert Brown has over 40 years of experience on which to draw including having the opportunity to guide numerous other first-time directors through their debuts as well as personally directing added sequences and second units. Among the directors that Mr. Brown has been privileged to work with are Mel Brooks, John Carpenter, Danny DeVito, Paul Verhoeven, Steven Spielberg, George Lucas, and Charles Shyer.
KAREN KALTON – PRODUCER
Karen Kalton began her entertainment career at Universal Studios in the production department and later went on location to work on such projects as JOHN CARPENTER’S THE THING and HOWARD THE DUCK. She spent several years in Universal’s fabled Black Tower rewriting their talent contract language for Feature Business Affairs. Since leaving Universal, Ms. Kalton has concentrated on film development and story editing, assisting in casting, entertainment contract consultation, and managing the production affairs of Chimere, Inc.

To further develop a slate of low-budget films along with one or more limited TV series. We have the expertise and the content; we just need the funding.